I returned home a couple of days ago from an intensive three week course at Yestermorrow. The course's title is Ecological Design in the Built Environment and looks at a locality through the lenses of permaculture, planning and architecture.

The first week we studied the principles of permaculture and performed a site analysis of Irasville, which is a small commercial development just south of Waitsfield, Vermont.

In the second week we shifted to a planning focus. With the help of the analysis performed the first week we created master plans for the future development of Irasville. These were critiqued at the end of the second week by the teachers and three guests from the area. I now understand why structured critiques are part of the design process. If done right they are incredibly valuable tools for getting feedback and moving the design forward on its winding iterative path to implementation. 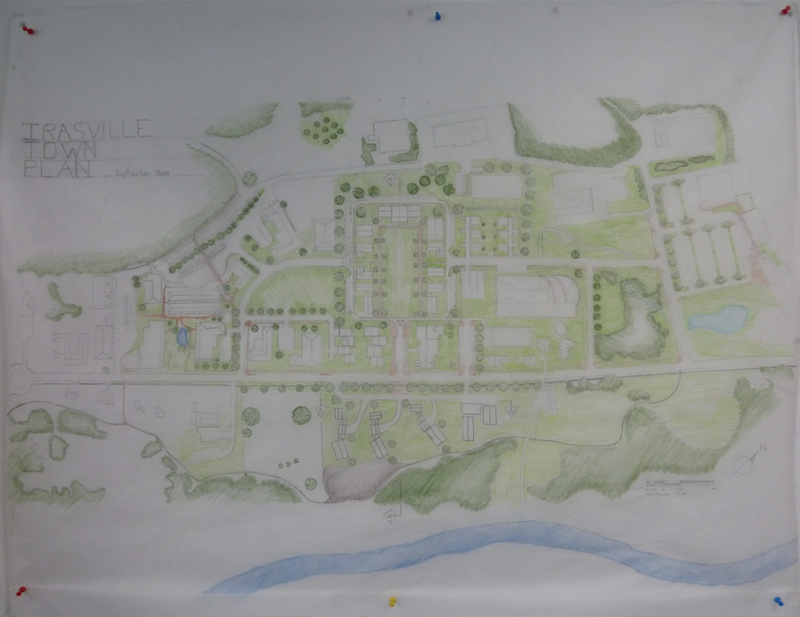 Each person on the planning team was responsible for fleshing out a section of the site plan. Nothing too detailed, just some massing studies, plan and section views. I worked on some multifamily housing with the look of a vernacular farm house connected back to a barn via a series of small structures.

The final week focused on architecture with each of the students in the class getting to design a building of their choice from the second week's site plan. Rather than flesh out the farmhouse idea I decided to work on a library located on the village green. A major focus throughout the course was on building and living sustainably, so a lot of my effort in designing the library was to create a superinsulated building that would tread lightly in its use of resources. In terms of design I tried to stay close to the greek revival style that characterizes a lot of the local vernacular buildings. 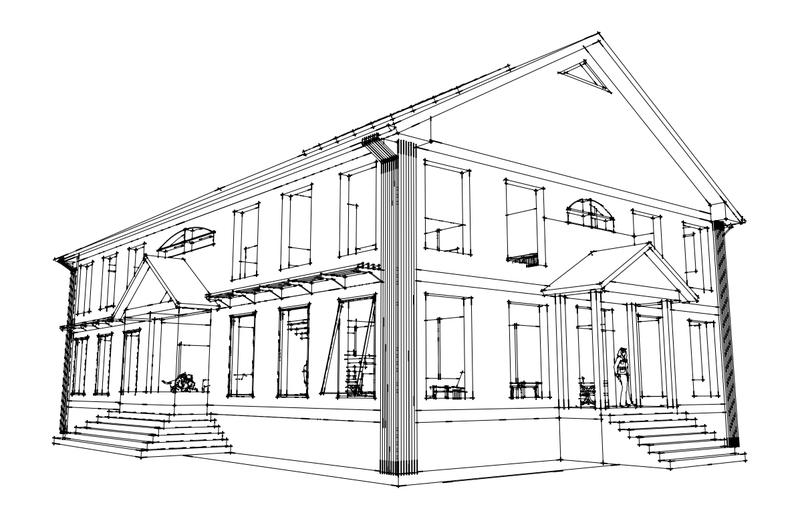 I was the only student in the course who made extensive use of SketchUp, and was able to develop my design to a much greater extent than the others, who were using rulers, pencils and tracing paper. During the critque of my plan Jeff Schoellkopf, a local architect who was the lead instructor during weeks two and three, brought up the idea that perhaps in future classes all drafting should be done in SketchUp, or a combination of SketchUp with hand drawing enhancements. As someone who believes computers can empower people I believe this would be a good direction for Yestermorrow to head, provided they do it thoughtfully.

I was lucky to have a couple of older guys in the class who are also doing their own versions of gap years. Doug and Deron, if you happen to read this, know that you both played a big role in helping to make the experience valuable for me. Hope I helped serve the same role for you. The other students in the course were great too; an interesting mix of ages and backgrounds.

Keith Giamportone, Giocondo Susini, Ed Lowans, Bob White, Mark Krawczyk and Lisa DePiano were the other instructors and were all incredibly knowledgeable and supportive. John Connell (the founder of Yestermorrow) was a reviewer for some of the final crits and provided some great feedback.

The support staff, cooks (aka chefs), and interns were also great. All-in-all a fantastic experience which I'll be thinking about for a long time to come.