It was a day of two steps forward, one step back. Lots of rethinking caused by the reality of working with real materials at full scale. In general though, it was a productive day in which I discovered I could avoid some complicated steps that turned out not to be needed. For instance, there is no need to cut the tops of the posts into circular shapes to match the pipes that will sit on them. I'd thought I needed to do this so that the rafter bottoms wouldn't hit the posts, but realized that I could just trim back the rafter bottoms as needed to clear the posts.

Another thing I was reminded of today is the importance of making jigs for any repetitive process. It probably helped that Bruce Beeken, the furniture maker who gave Yestermorrow's summer lecture number two, stressed the importance of jigs in his work.

Here is a picture of a simple jig I made to help build the formwork jig to hold the hardboard wall forms in place. 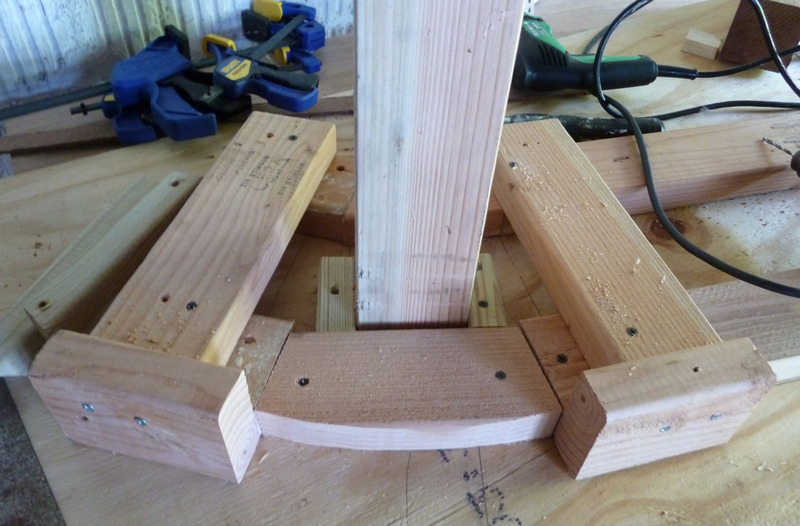 Then here is the wall form holding jig, made with the help of the first jig. 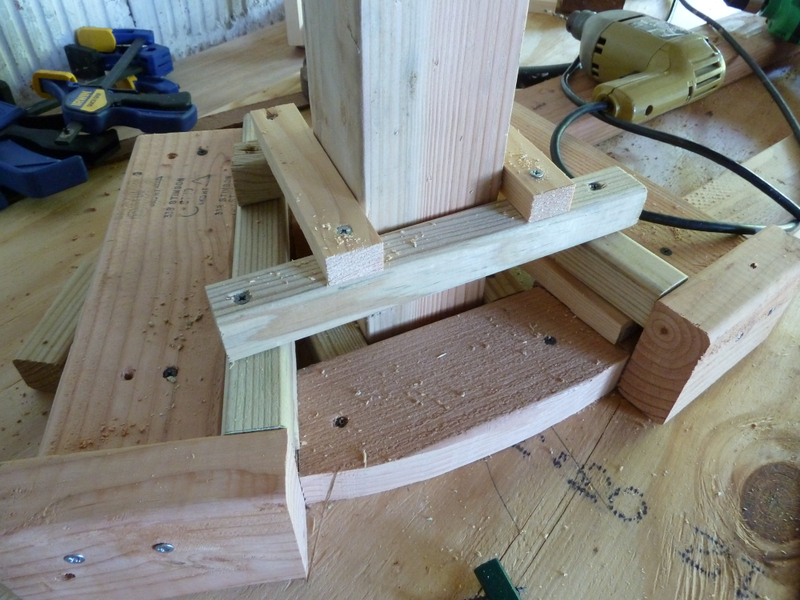 Finally, the form holding jig moved up the post to near where it will be attached. 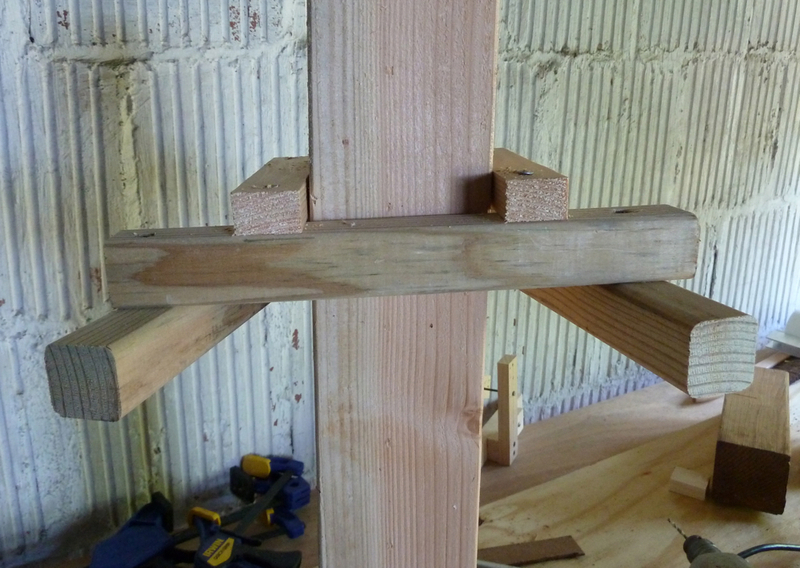