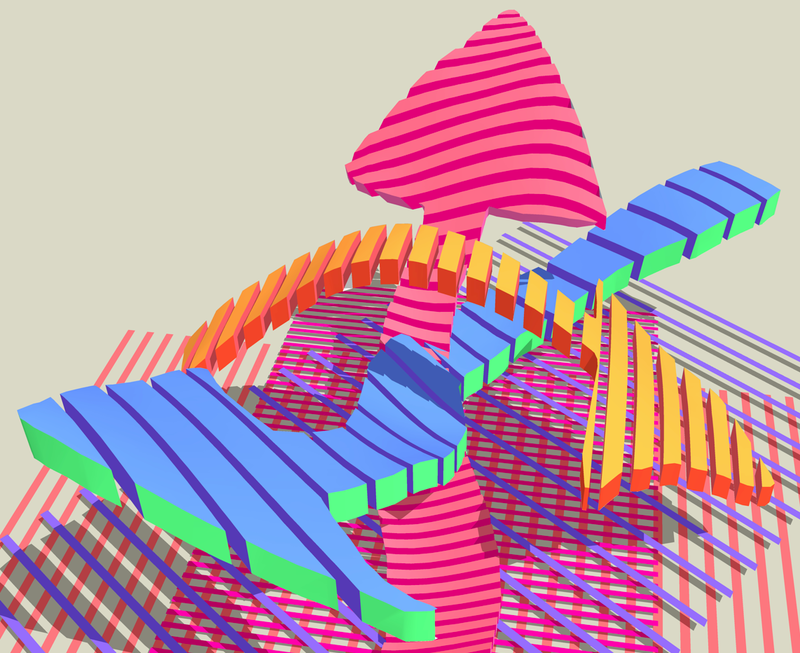 For the past two weeks I've been spending long days in my social networks and the sites to which they've led me.

I'm trying to get a sense of the forces that are at play in the world of education. If I have any talent it is the ability to see the forest where most can see only the trees. I've been feeding information to my brain at the highest pace I can sustain in the hopes that it will identify some patterns... some emerging forests.

For a few days I've been feeling the need to write a post about the vectors of change I'm sort of seeing. They are still vague and undefined, but maybe I'll be able to tease some details out through writing. So here goes.

•Social networking is extremely powerful and is really just getting started. It is already disrupting hierarchies of power in the middle east and will eventually do so everywhere. We know from neuroscience that intelligence emerges from connectivity. The more connected we become via social networking the more we will collectively recognize social structures and practices that no longer make sense. For instance, virtually all non-democratic forms of governance are starting to seem archaic and will increasingly be questioned. This includes the current governance structures and practices of corporations, which in their own ways are often as corrupt as the Mubarek regime in Egypt was/is.

•In education we are starting to see the arguments for allowing access to social networks gain power. The resistance of the established order to this vector is likely to be formidable, but the benefits of social networking are becoming so powerful and clear, that objections will be eroded as easily as a rising tide sweeps away a massive sand castle. We know that intrinsic motivation is very powerful. We know that content to support individualized passion-based learning is being put on the Internet at a blistering pace. We know that Personal Learning Networks and Communities of Practice are some of the most effective learning environments available. We know teachers are spending more and more of their time in social networks and through immersion are becoming aware of their pedagogical power. Finally, we know that digital devices are just going to become more powerful, useful and prevalent in the years ahead.

•Online learning will become an increasingly powerful force in education, but perhaps counter-intuitively, face-to-face interaction will also grow in importance. How is this possible? Where will the time be found. A few ways. There is no reason that online learning needs to be done from home. Ira Socol's post on this subject and this collection of images of inspiring offices both point in the same design direction. Open, flexible, comfortable and friendly user-modifiable spaces. It is also quite likely that more learning will occur from home. In any case, there will to be many more opportunities for those with different learning styles to find the environments that work best for them.

•We are going to need to do more moving of bits and less moving of atoms. Energy will cost more in the future, and it takes much more energy to move atoms than it does to move bits. We will need to live in more compact communities, but those communities will be much more richly textured and environmentally whole. Negative externalities -pollution of all kinds- need to reduced as much as possible. Positive externalities -environmental and cultural services- need to be increased as much as possible.

This is all sounding a bit utopian so I'll stop for now. I'll post it and then come back to it over the next few days to see how it holds up.