The New York Times ran an article titled "A Silicon Valley School That Doesn’t Compute" on the front page of Sunday's paper. The first picture below, accompanied the story, and was also on the front page. The second picture is explained in my comments, also below. 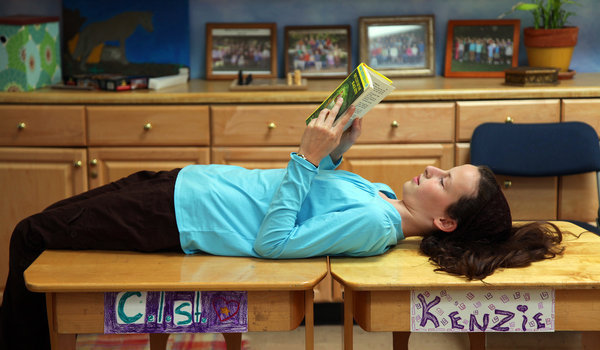 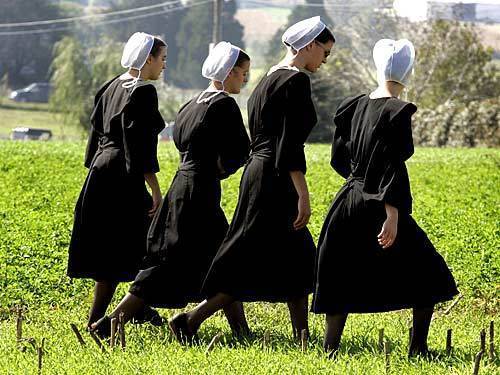 Will Richardson, Jonathan Martin, and Ira Socol all wrote good rebuttals to the article in their blogs.

The big flaw in the school's mindset, and the author's, is not being clear that books, pens, pencils, desks, blackboards, chalk, lights, etc.. are all technologies. They are all, like computers, human inventions.

Plato thought writing would destroy thinking. I suspect he was just uncomfortable with a new technology and rationalized an argument to avoid overcoming his discomfort.Technologies of any kind don't make or break a great school. It's what's done with the stuff that matters.Time showed Plato was wrong. Time will also show the no computers approach is wrong.

Back when chalkboards were the new technology many felt about them the way you do about interactive whiteboards. I like Alan Kay's thought related to this. "Technology is anything invented after you were born, everything else is just stuff." There is a natural human tendency to feel the stuff that was around when we were young is more legitimate than the technology that came later.

Steve Jobs touched on this in his Stanford commencement address.

"No one wants to die. Even people who want to go to heaven don't want to die to get there. And yet death is the destination we all share. No one has ever escaped it. And that is as it should be, because death is very likely the single best invention of life. It is life's change agent. It clears out the old to make way for the new."

Yes, Capitalism promotes creative destruction, and Jobs embraced that ethic, but really, what's the alternative? Become Amish? Choose some random period of time and lock that time's technology in place?

I'm all for curbing rampant commercialism, forcing corporations to be responsible for recycling the products they sell, and schools making decisions about new technology thoughtfully and carefully. Having been the director of technology at a K-12 school for many years I know that it's impossible to always make the right call on new technologies. (My biggest goof was buying twenty Apple eMates.) I also know that experimentation is absolutely necessary, and that when you experiment you make mistakes, but that's not a bad thing, it's called learning.

One could argue that experimenting with technology is expensive, and may crowd out expenditures on tried and true technologies. This is not what I've experienced in my almost 30 years working in independent schools. In fact, as information technology has become more powerful I've seen the more traditionalist oriented educators become strong advocates of computers.

Automating library card catalogs made it easy for librarians to see which books -year after year- aren't circulating. It turns out there are a lot of them sitting on the shelves gathering dust. This has caused school librarians to wonder if their role is to shelter unused books or is it to help students find and evaluate the information they need.