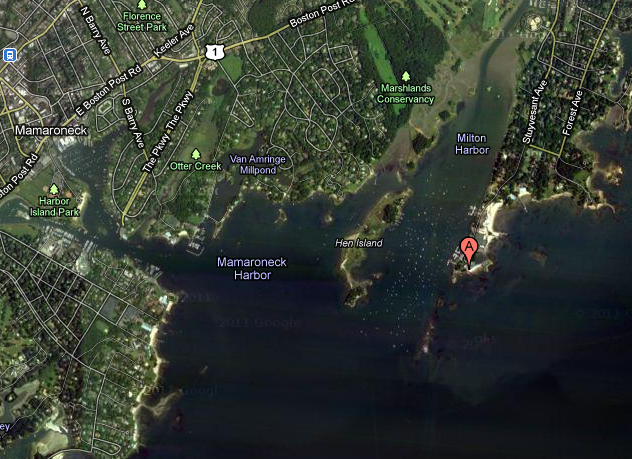 I just came back from a kayak out around a rock off Rye's Milton Point called Scotch Caps. (That last little island below and sligthly to the left of Milton Point(A). The little tiny dots are actually boats moored in the harbors.) It is one of my favorite paddles as the Caps have a bit more of a wild feel than the rest of the Mamaroneck and Rye shorelines. Often the terns nesting on the rocks will swirl around overhead and dive at us as they defend their nests.

On my way back I proceeded at a lazy pace and a few times put my legs up on the gunwales (I have a large cockpit kayak), sat back, and watched the world go by. More accurately I should say I watched the boats go by. People sure do seem to love their boats. Big boats, small boats, powerboats, sailboats, boats of every imaginable shape and size.

Many of the boats, especially the bigger powerboats, make it clear that the concept of a reduced carbon footprint may be completely trumped by the pleasure of captaining your craft and feeling the wind on your face, the thrum of powerful engines underfoot, and the admiration of your envious passengers. Of course, it makes for an even more perfect experience if bikini-clad lasses are happily displaying their wind-caressed hair and bronzed limbs at some highly visible location on the deck.

Then in our neck of the woods there are the large yachts. Lots of them. All those Wall Street investment bankers need to spend their huge bonuses on something... well actually, on many things. I suspect the ones who attended Ivy League schools tend to favor sailboats over powerboats but that's pure speculation. I'm on the sailboat side of the old power/sail boat divide, so I tend to be more admiring than disdainful of these beautiful fiberglass objects of conspicuous consumption.

I used to have a small 17" sailboat which I sailed in these waters for years; making many cross-sound sails to the north shore of Long Island and back. I gave it up for kayaks seven or eight years ago because kayaking provides a good workout while still getting me out on the water. I do miss sailing, and hope that in retirement I can perhaps take it up again. 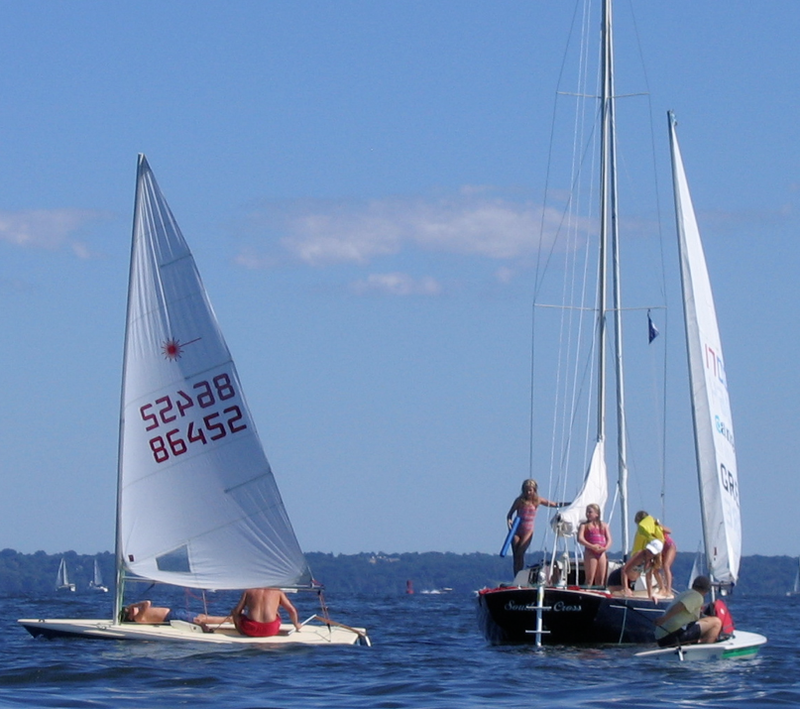 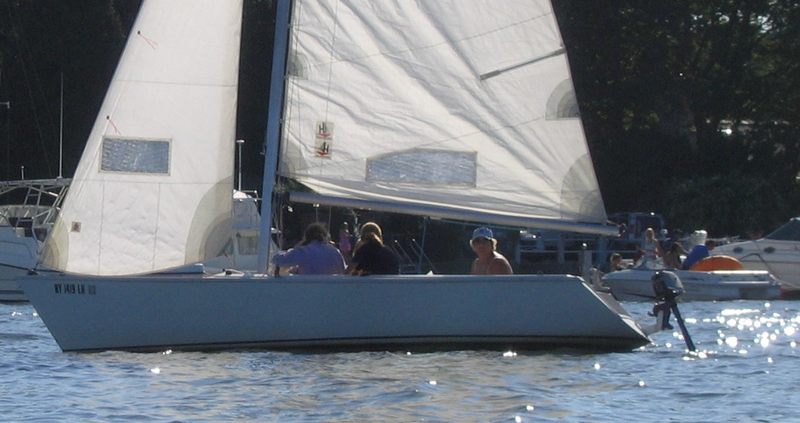 So what is the point of this post? I sometimes need reminding that a lot of people are much more interested in their boats (or cars/sports/hobbies..etc) than in things like sustainable housing, using computers to improve education, and a more equitable distribution of income in our country. It is good to be reminded of this!

However, if we have reached peak oil, then many of these boats are going to be spending a lot less time roaring around the waters of Long Island Sound in the future, which will make for quieter, but perhaps less entertaining, kayaks.

The image below is a SketchUp work I created a few years ago that attempts, quite unsuccessfully I'm afraid, to capture the variety of images experienced on a kayak like I had today. 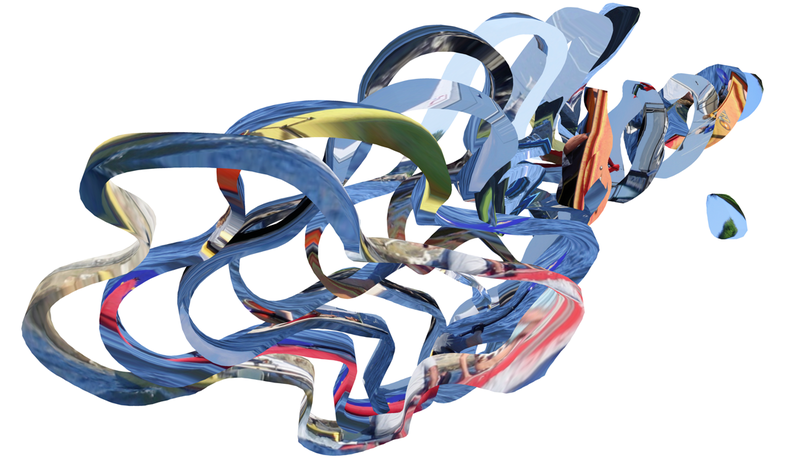